Discover our hotel in the port of Algeciras

The Globales Reina Cristina is the best hotel in Algeciras, a century old and a stately building that is part of the living history of the city.

What to see in Algeciras and it’s surroundings?

Do you know the best hotel in Algeciras? The Globales Reina Cristina is one of the most attractive tourist places of Cadiz. Very close to the Paseo de la Conference and the Port of Algeciras, this century-old hotel is part of the living history of the city.

Its location is perfect to explore Gibraltar. Top sights include the promenade of La Línea de la Concepción, the white villages as Jimena de la Frontera and San Roque, and the beaches of Tarifa.

Its proximity to the Port of Algeciras, the largest in Spain and one of the most important in Europe, allows exploring North Africa. Cities like Ceuta, Tangiers and Tetouan are only a few hours by ferry, but it’s strong culture and people make visitors feel like they are stepping into another world.

In addition, the location the hotel in Algeciras is very close to Gibraltar. The British colony offers tax-free shopping and and stunning views of the Strait with its famous monkeys.

The Globales Reina Cristina was originally opened in the early eighteenth century and owes its name to Queen Maria Cristina, mother of Alfonso XIII, the longest reigning King. Its gardens have been walked by the likes of Federico Garcia Lorca, Franklin D. Roosevelt, Marshal Petain, the Kings of Spain, and Charles de Gaulle.

However, this hotel has been renovated over time and currently has refurbished modern rooms and equipped with every comfort, banquet halls, swimming pools and a solarium. Its unique character and wide spaces have become one of the best places to hold weddings, baptisms, communions and other events in Algeciras.

See the hotels on map
Hotels closest to Algeciras 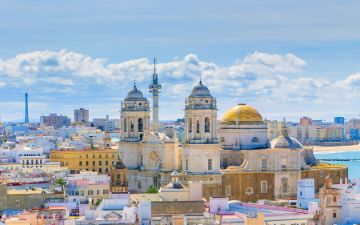 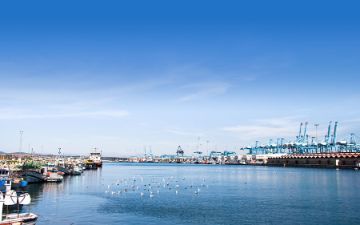 The Globales Reina Cristina in Algeciras, Cádiz, has 168 guest rooms and can also provide all the services you may require for business meetings, conferences and other events. The hotel is located just a few kilometres from the resort of Tarifa with its famous beach and surf, and a few minutes' walk from the gateway to Africa that is the port of Algeciras.

Where is our hotel in Algeciras?

What to know more about hotels in Estepona?.